Birth Control Is For Men Too 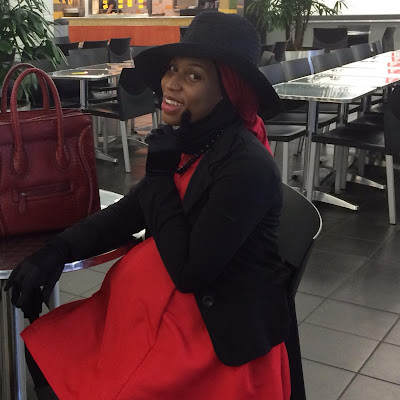 When society mentions Birth Control, the burden of taking it or using it almost always falls on the shoulders of the woman. When the woman is married and Muslim, this presents even more of a dilemma as religious doctrine  can complicate family planning further. This can lead to women feeling alone and depressed because they may not necessarily want more children but they also don't want to expose their body to harmful medicinal interventions.

As a black muslim woman with four children already, I can honestly say that birth control has been a major source of anxiety in my life

Now, I come from a very humble background. When I say humble, that means I was a ramen noodles eating, peanut butter and honey sandwich making, hand-me-down type of girl. So due to my upbringing, I was acutely aware that if I wanted to get ahead financially, I had to be responsible with the amount of children I chose to bring into the world. Fast forward to twenty-one and there I was having my first baby and talking with hubby about what to do to prevent another pregnancy.

Obviously, being in school, getting married, and having a baby would lead most to popping a pill or getting an IUD. For me, it was a truly agonizing decision because I'm extremely conscious about what I put into my body. I usually don't take a lot of medicine unless I'm really sick or really in agonizing pain. When I read the side effects for the various different methods of birth control, I nearly hyperventilated. Why should we as women subject our bodies to severe health complications just to prevent pregnancy?

"Kenya N. Martin, MSN, FNP-BC, a Board Certified Family Nurse Practitioner had the following to say about birth control, "I've taken care of more than five women 26-36 who had no prior medical or surgical history that had strokes, deep vein blood clots, and blood clots that traveled to their lungs due to birth control." Having read up on birth control, this always never sat well with me and I noticed that whenever I was pressured to use a contraceptive, the doctor was slow to bring up the effects and quick to tout the benefit.

Currently, Matt and I have four kids now and up until the last one, I tried a different method of birth control every time that didn't last very long. The pill I took for a week and stopped because I was so afraid of blood clots. Then I tried the Paragard and Mirena which felt like a small little aggravating log atop my ovaries that caused extreme cramps when ovulation and periods came.  Eventually I had those taken out too.

The things is, I know that I'm not alone in this struggle. I know other mothers experience this issue with birth control, Muslim and non Muslim alike. This leads me to the question of why more men don't step up to the plate and lift this burden off of their spouses. Listen, it takes two to make a baby and if no one else will say it, I will, birth control is for men too. Why don't men hold themselves more accountable in preventing pregnancies.

If you're single and don't ever want kids, why not permanently fix the problem? If you're married and both of you decide you're done having children, why aren't more men stepping up to the plate and getting a vasectomy?

At some point we have to begin a serious discussion around family planning that doesn't just put the onus on women. So let's start that conversation today. If they ever clear the birth control pill for men, how many of you would be willing to risk your body, brave the side effects and take the plunge?