The Self-Hate That White Supremacy Produced 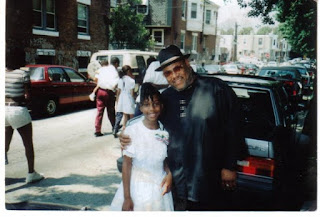 Growing up in North Philly's Raymond Rosen Projects, I remember knowing that I was different. My skin was brown, my hair was “nappy” and its color resembled that of crows...only less shiny. My lips, well they were big...and my peers never let me forget it. As a result, I didn’t like what I saw when I looked at my reflection. I remember actually hating my features so much, I walked around with part of my lips tucked inside my mouth. Despite my parents best efforts to tell me I was beautiful, I just didn’t believe it. After All, the television shows, books, pictures, and songs all confirmed my point of view. As a kid, I hadn’t the vocabulary to call it racism or white supremacy just yet, but I knew I was different and less valuable to society.

In school, this was reinforced in history textbooks with very few non-White heroes or figures. It was in the starting of Black history at slavery and lumping Egyptian Civilization into the study of Eurasia. There was just no way a society in Africa could be civilized unless connected to Europe. Of course, there was also the “Irish were slaves too lie” that was sometimes taught to us  to minimize the enslavement of our Black ancestors. Thus it becomes ingrained in our minds that our people were nothing more than slaves and that we are inferior to Whites. White Supremacy should thus be looked at through an all encompassing lens that permeates every level of society, from education to incarceration.

In order to understand just how damaging White Supremacy has been to our society, one must first have a definition of the term. At its core, it is the belief that White people are superior to non-White people and that they should dominate society as a result of this special status. This belief manifested itself in the hostile invasion, and murderous campaign by Columbus and the Conquistadors of Native American lands, the capture, branding, enslavement, rape, torture, and murder of Africans, and the subsequent colonization of almost all the countries on the planet.

White Supremacy is the black codes which limited Black movement, work options, education, and participation in civic engagement. It is the Jim Crow laws that worked to keep Blacks segregated from Whites in southern society and was often times marked by brutal enforcement. It’s the murder of George Stinney, falsely accused of the rape of two little White girls and at 14, sent to the electric chair. It is Emmett Till, another 14 year old Black boy accused by a White woman of flirting with her, he was bludgeoned to death and thrown in a river, face so disfigured he was barely recognizable.

It is also the murders of Addie Mae Collins, Denise McNair, Carole Robertson and Cynthia Wesley four little angels enjoying Sunday service at their church when a fire bomb was thrown into the window by a White Supremacist. The murder of Dr. Martin Luther King who protested peacefully in a quest for basic human rights.

Today, it manifests as the murder of Tamir Rice, a 12 year old boy playing with a toy gun who was shot and killed by police. Then there’s the beating of Rodney King, the murder of Trayvon Martin, the redlining of neighborhoods to keep out non-White populations and the massacre in a church by Christian white supremacist Dylan Roof.

In times like this, it’s important  that educators take the reigns to help students and the society at large make sense of the senseless. History teachers play an even more pivotal role because they have the content knowledge to adequately make connections from the past to the present. Yet, all teachers should become familiarized with a basic historical understanding of racism and white supremacy.

We also need to understand and honestly reflect with students on how privilege, and the various -ism’s affect society.  After what happened this weekend, I don’t think anyone would argue the merits of this approach.

So, when school starts in two weeks, the very first thing on my agenda after discussing class expectations, rules, and course information is a three day lesson plan that deals with tackling racism and white supremacy. A preview of the lesson is included below. If you’d like access to the entire file, feel free to send me an email keziah.ridgeway@gmail.com! 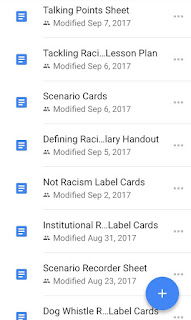 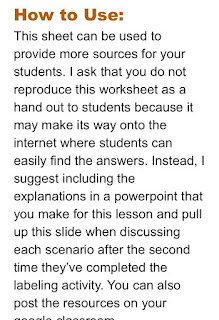