Showing posts from October, 2017
Show all

Every now and then, I find myself asking the question, why are so many Black men on social media comfortable with blaming Black women for everything that's wrong in our community and happy to gloat about the rape and violation of Black women?  Confused? Let me explain. On social media...and even in real life there's a great debate bubbling just below the surface and it involves the state of the Black women. Whether it's sitting on a school bus having a productive conversation on the state of our community or posting Malcolm X's quote about supporting Black women....these men are lurking just waiting to pop up faster than a jack-in-the-box spewing their hate, misogyny and glorification of the rape of Black women. It doesn't take much for them to appear. Post a picture of a Black woman and White man or something positive about Black men needing to support Black women. Give it about five minutes and all hell will break loose. Once the comments start pouri
5 comments
Read more

Standing On The Shoulders of Our Ancestors 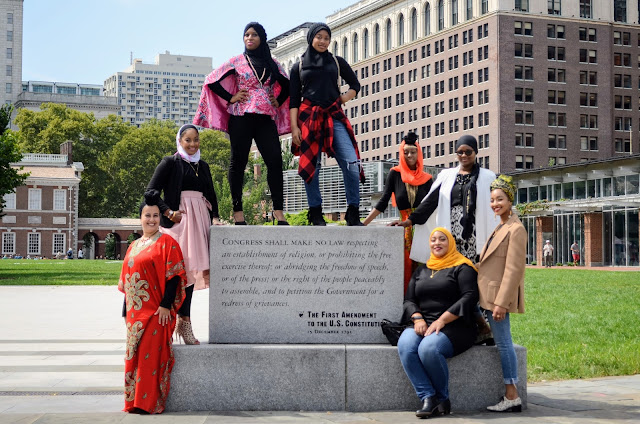 L to R (Meriem (Future Pharmacist), Dr. Dhuha (Pharmacist), Keziah (Teacher), Nazaaha (Student), Aasiyah (Student), Sameerah (Student), Amal (Future Psychologist), Thorayya (Teacher)) A couple of weeks ago, I had this bright idea to do a photoshoot with a few of the close women in my life and a few girls who I think will do great things in the future InshaAllah. I wanted it to be a celebration of Black Muslim Women, a reminder of the beauty we possess, the intelligence we possess, and also a nod to our ancestors who came before. Whoever I chose as a photographer, they needed to be a Black Woman, I knew I couldn't whittle it down to black muslim women photographers because there aren't many and I was on a time crunch. So when Tyesha Roane responded to my FB inquiry, I knew right away I was going with her. We were actually suppose to shoot a long time ago and unfortunately, it never happened. Here was our chance. I wasn't quite sure of the direction I wanted to
Post a Comment
Read more

Why I Hated My Mother 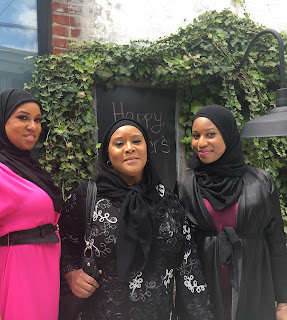 On Mother's Day, at a table in the live performance area of South Restaurant, I admitted to the woman that has raised me as her own since 16 and her daughter, who'd become my sister, that I hated my mother. Not long after, the tears began to fall as I fought to hold down the wail pushing up from the depths of my soul. I know my revelation stunned them, but for me, it was a relief to say it out loud finally. I truly hated my mother. It went against the very core of who I am as a person to say this. It also felt like I was betraying one of the sacred foundations of my religion which has such a high honor for the mother as well. Yet, in that moment, I felt like an anvil had been lifted off my shoulders. Hate was a strong word but it was the only word that could describe how I felt. I hated my mother because of the way her illness, Depression, negatively impacted myself and our family. An illness that she had been battling since her eldest son was born.  I've never
2 comments
Read more

On The 1968 Black Power Salute and Colin Kaepernick 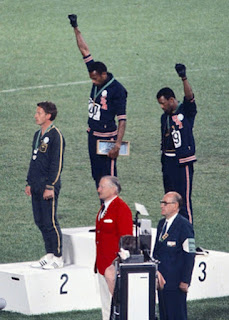 If you were to ask me what my favorite iconic moment in Black History is...I wouldn't answer with words. Instead, I'd hold my fist up high in the air, back straight, head up. To me, there's nothing more powerful, more sacrificial, more iconic than the Black Power salute by John Carlos and Tommie Smith. They were the Colin Kaepernick, the  Mahmoud Adbul-Rauf , and the  Muhammed Ali  if you will, of their day. To honor the photoshoot I recently did for this website, Black Muslim Women Matters, I wanted to write briefly about the history of that iconic photograph that is often duplicated but rarely understood. Unfortunately, many people today have no idea why Tommie, John and Peter Norman chose to protest in such a visible way, during a volatile time in American History. In their own words,   "Smith said he had raised his right fist to represent black power in America, while Carlos raised his left fist to represent black unity. Together they formed an arch of unity
Post a Comment
Read more
More posts