Every now and then, I find myself asking the question, why are so many Black men on social media comfortable with blaming Black women for everything that's wrong in our community and happy to gloat about the rape and violation of Black women?

Once the comments start pouring in, among the first you'll see are some Black men pissed that Black women are happy and congratulatory of a sister who found love. Black women in response might point out that if the brothers don't want you, then maybe it's time to expand your options.

It's all downhill from there.

Instead of some of these Black men understanding that many of the comments that Black women make regarding not feeling wanted comes from a place of hurt. From the media constantly bombarding us with the promotion of European standards of beauty.

Instead of recognizing that what many Black women want is for Black men to reassure us of our beauty, our strength, our intelligence, our drive, they veer left with full on hostility.

The conversations shifts to the repeating of stereotypes about Black women, they're are always angry, horrible housewives, and unattractive. They throw out the, Black women got on welfare and have participated in the destruction of the Black man trope. Some would even go as far as saying that Black women are cursed to be ugly (looks over at the Black Hebrew Israelite brothers) and then pull out bible verses to justify it...just like White slave masters did to justify slavery.

At the conversations zenith, Black women are called sluts, bitches, and if you're in an interracial relationship and dare to comment, their personal favorite, bed wench (click the link to see just how widespread this terminology has become). 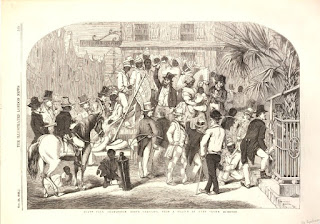 This behavior is incredibly disturbing, counter-productive, and actually a symptom of the self-hate that White Supremacy has produced. While all of the words are deplorable in their own right, perhaps the most nauseating is the latter term, bed wench.

Lets take a moment and truly understand the meaning of this word. First, it's a term that is deeply rooted in the sexual predatory practises of White slave masters. While the actual word has gained more popularity in modern times, the behaviors it is implying were very real and very damaging to our Black female ancestors. 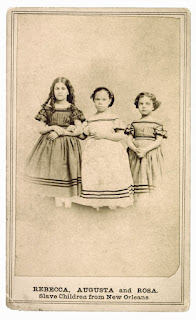 Let that sink in. Some Black men, in 2017, think it's perfectly acceptable to make fun of Black women who find love albeit with White men, by calling them the name associated with Black women raped by White slave masters during slavery.

This term that makes fun of Black women who were forced to work in brothels, who appeared to have some semblance of power because of her position with the White slave master when in reality, she was a pawn in a game that she didn't start and couldn't win.

Here's why this term is so problematic, it completely places Black women as the perpetrator, as if she could have done something to stop this behavior. We all know the consequences for insubordination during slavery, yes, you could resist, but that's if you were willing to lose a limb, lose your life, or worse, be sold off from your family.

Perhaps, partly to blame is the retelling of history that tries to paint these relationships as love stories (think Thomas Jefferson and Sally Hemmings). In reality, you can't place love in a relationship where one of the partners controls every single aspect of your life. It goes back to power and Black women were utterly powerless in these situations to say no, thus, it was indeed rape. No amount of white-washing can change this fact.

And by making fun of Black women now, by referencing Black women's sexual trauma then, Black men are actually saying that Black women had choice therefore, they should have done something to change their situation. If this is indeed the thought process, one could turn the question right back on them and ask why didn't more Black men who witnessed the sexual advances and rape try to stop it?

The answer...because slavery wasn't just a physical degradation of self, it also eroded the mental and sometimes spiritual well being of Black people. To resist or to protest meant some sort of physical pain, possibly even death. Some made that choice, both men and women, many chose life.

There are studies now being done that highlights the psychological trauma that many of our ancestors experienced and how it has been passed down to subsequent generations. I'd also argue that this trauma, along with the continued exposure to White supremacy continues to greatly impact our community in ways that we can't even fathom, but I digress.

Outside of being broken mentally, some of our ancestors consciously chose life, they chose to keep living through their horror in order to give life to future generations. How then do we dishonor them and dishonor ourselves by allowing this sort of language to become common place within our community?

It should never be normalized for Black men to celebrate the sexual exploitations of Black women by tossing around the term bed wench. We all have a responsibility to shut that shit down, every, single time in the most vehement of ways or I'm questioning your manhood. Period.

I'm nobody's bed wench no matter how many times a fake hotep or religiously misguided Black man tries to imply as such. I'm not enslaved neither mentally or physically. I chose my husband and he chose me. There is no exploitation, coercion, or imbalance of power in terms of our relationship dynamics. There's nothing but love there...and sometimes dislike :)

Having to type this actually hurts because it shouldn't need to be said. The fact that some men are so willing to gloat about the abuse of our ancestors when many of us Black women have been traumatized by rape in the present by those who look like us is the epitome of ironic. This word is so deeply triggering and disgusting. We need to choose better ways to converse about our feelings as a community but...Bed wench...ain't it.

You can't be for Black people and Black liberation but allow this sort of mentality and language to be normalized within our community. Either we're for all Black people (regardless of our skin color, hair texture, and spouses) or we're for our destruction.

Whose side are you on?
On Community