Showing posts from November, 2017
Show all

She's Gotta Have It: Diversifying the Narrative of the Sexually Liberated Black Woman 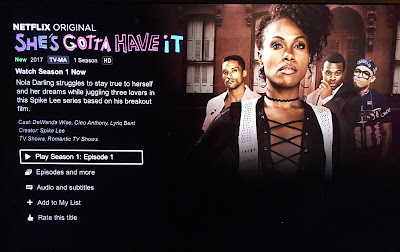 Being an 80's baby means that you got to grow up in a time period where there was quality television shows with Black families and in particular Black women. They were wholesome, sometimes they mimicked life but overall, they stayed far away from pushing the line. Then something happened and television became really White. Like, nauseatingly white. So white that when Scandal made its debut a few years ago, it was all the rage because for the first time in decades, there was a Black women leading a network television show.  Olivia was bold, stylish, sassy, unapologetically Black, flawed, and in tune with her sexuality. It's very clear that Olivia was a feminist and lived life by her own rules. For that, the entire body of Black women found themselves in love with her character...despite playing a homewrecker and being in relationships with White men.  Scandal kicked the door down and led the way for the onslaught of shows led by Black women like Empire, Queen Sugar,
Post a Comment
Read more
More posts