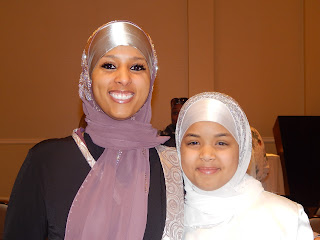 
Howard MSA and Sister Nisa really put together a great event, even after having to change locations with only 2 weeks left on the clock.

Not only was I able to get a room for less than $120 dollars in the heart of Washington D.C. in the same hotel as the event, but they also had parking for $30! The best part is after checking out, technically, my friend Adrienne and I could have left the car there until 3:00pm while we took in the sites and grabbed a bite to eat. Unfortunately, we had to get back to Philly in a reasonable hour to prepare for work to the next day. 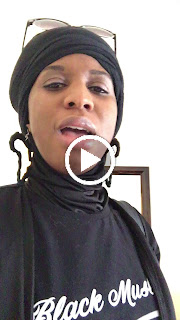 Having Some Fun...Don't Judge Us


Upon arriving to the hotel Saturday morning, we were able to check in early, put our bags in our rooms and catch some of the morning workshops. I particularly enjoyed Ameenah Muhammad-Diggins workshop titled Juggling All Your Titles: Student, Wife, Mother and more. Her speech was so inspiring that I came home the next day and began working on writing my book. Ieasha Prime was also a joy to listen to both as a interviewer, speaker, and runway host! 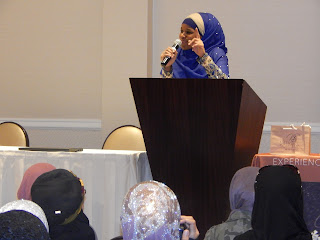 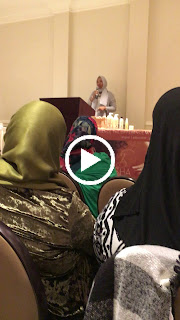 Between workshops Adrienne and I visited the Bazaar to check out some of the items being sold. Of course I had to stop by and purchase items from Saniyyah Bilal of Curiostyling and Atiyya Hatcher's
shop. I copped these cool glasses and Atiyya purchased our Black Muslim Women Matter shirt. As we caught up on each other's lives over the past few years, I took a break to bring out my silliness while trying on these beauties! 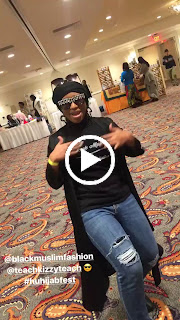 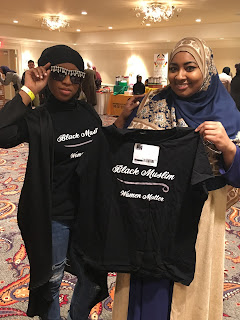 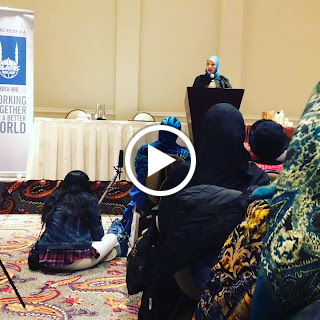 We also enjoyed Ayana's insight on her time participating as a designer for Project Runway. It was a lesson on never taking no for an answer and she is to be admired for her work ethic. Of course, Ibtihaj Muhammad's interview with Ieasha Prime also served as a lesson to keep pushing when no one else believes in you. Overall, these workshops had a wide reaching appeal to children, teens, and adults alike. Next year I'll definitely go again and bring my girls. 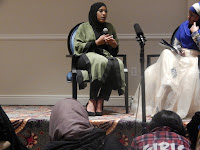 The highlight of the evening was the fashion show and Halima's talk with us about life in a refugee camp. Particularly, I enjoyed her nuanced look on why she sometimes feels uncomfortable taking on the title Black American. Halima shared that she understood that there was a different history there due to slavery and the subsequent fight for civil rights which is why I made sure in my question to let say the African Diaspora because at the end of the day, we're all connected by an ancestor!

Checkout Halima's interview below as well as some of the pictures from the fashion show.